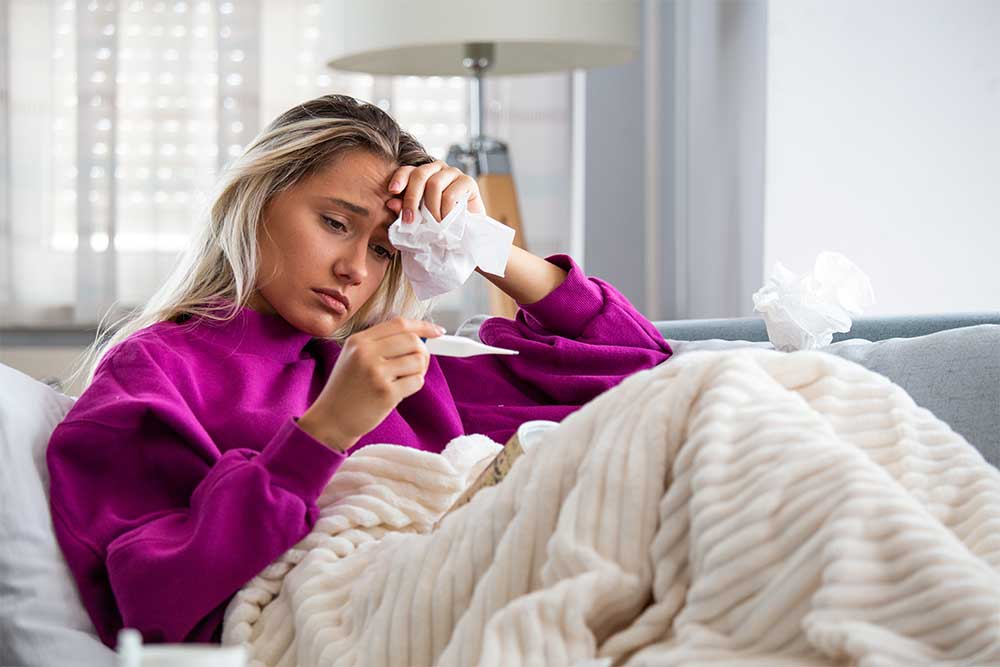 You can find plenty of myths about getting a flu shot. Here is some false information (found below) that can steer you wrong, as well as the truth.

The myth: You can get the flu from a flu shot.

The truth: A flu shot only contains a dead virus. Once dead, that virus cannot infect your body. (Dead viruses don’t make copies of themselves.) It’s true the nasal spray does have a weakened flu strain in it, but it is so weak that it can’t harm you. Whether you get the shot or the nasal spray, you might experience some side effects, such as feeling tired and running a low-grade fever. If you get the nasal spray, you might also have a runny nose afterward. However. these are just side effects and not the flu itself.

The myth: You don’t need a vaccination because you don’t ever get the flu.

The truth: The only way to know whether you have the flu is to be tested by a clinician, but research tells us that 5 to 20 percent of all adults do get the flu. For children, the percentages are 10 to 40 percent. Sometimes the effect is mild. Sometimes it isn’t. Do you have contact with other people? If you do, you could get the flu.

The truth: This myth has more substance than others because the virus that causes flu is constantly mutating. Medical scientists do their best to determine the flu strains that are going around each year, and then protect you from it. Getting a flu shot doesn’t guarantee you won’t get sick, but if you’ve been vaccinated against one of the strains in the vaccination, then your infection should be much less severe than it would have been otherwise.

The myth: I’m healthy, and the flu isn’t a serious illness, so I don’t need to get a flu shot.

The truth: The flu can be a serious illness, especially because it is so unpredictable in the way it affects each person, and because of its constant mutations. Healthy people die from the flu every year. Approximately 200 healthy infants and children die annually from the flu. The numbers are bigger for adults. Approximately 30,000 people die every year in the U.S. from the flu. Getting a vaccination does not offer perfect protection, but it does at least offer partial protection from a disease that could, in fact, kill you even if you are healthy. The flu epidemic of 1918 was deadliest when it reached people who were young and strong. Researchers who studied the disease found that the people who died were often killed by their own immune systems as their bodies fought the virus. So, it is still important to get a flu shot because it is unpredictable and can be more severe.

The myth: If I don’t get a flu shot, it won’t affect my children.

The truth: Infants who are less than six months old are too young to get a shot. Children who are less than four years old have usually had limited exposure to other people and have not had time to develop a strong immune system. The Mayo Clinic recommends that children between the ages of six months and eight years should actually get two flu shots each year, spaced about four weeks apart. If you don’t get a flu shot, and you don’t arrange for your children to get a flu shot, then you could be the one to make them sick.