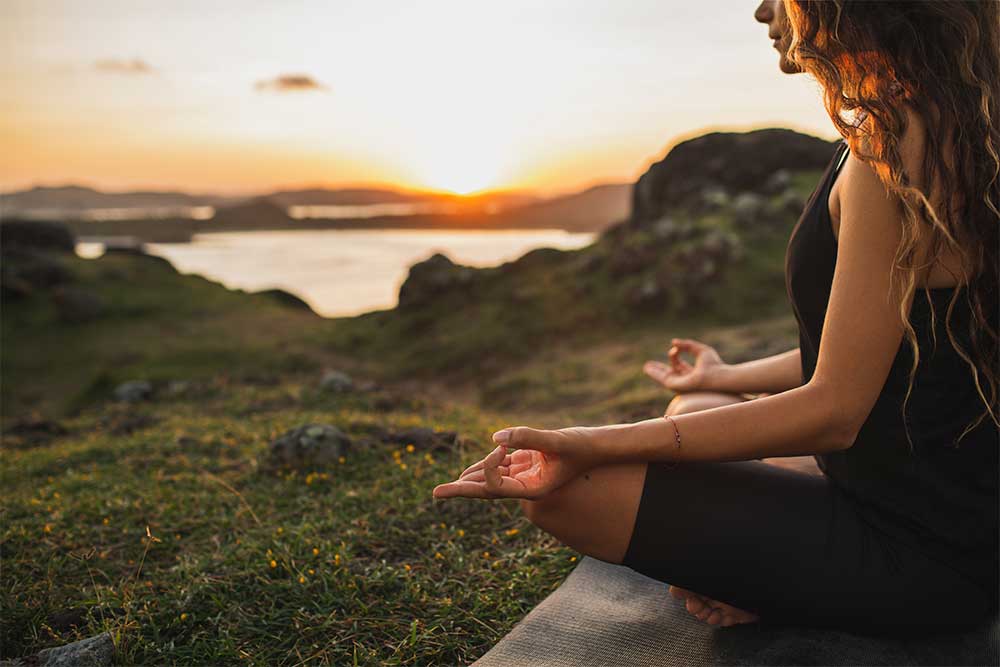 You don’t have to belong to a specific religious tradition or sit for hours in a lotus position. You just need to be able to be quiet for a few minutes without having to deal with outside distractions.

Mindfulness-Based Stress Reduction (MBSR) is a term that was coined by a scientist named Jon Kabat-Zinn. During the 1970s, when he was in a PhD program for molecular biology at the Massachusetts Institute of Technology, he became interested enough in Zen Buddhist meditation to begin practicing it. He had positive experiences with it, but he thought it would be more relatable for people if he could explain it in terms that were scientific instead of religious. Others (especially those who are Zen Buddhists) call it mindfulness meditation.

MBSR, or mindfulness meditation, consists of observation. To practice it, you don’t have to belong to a specific religious tradition or sit for hours in a lotus position. You just need to be able to be quiet for a few minutes without having to deal with outside distractions. MBSR can be done at any time and in any place. The idea behind MBSR is to observe your own thoughts without deciding whether they are good or bad. You just notice what they are and let them go. Jon Kabat-Zinn found that a ten-week course in mindfulness methods was enough to help patients feel significant improvement in their ability to manage pain. He began reporting the results of his work with MBSR to professional scientific journals by the 1980s.

It began to become clear that MBSR was effective at relieving stress and anxiety, but it also had other potential applications. For example, people suffering with chronic pain began finding that MBSR was a good way to deal with it. It has helped pregnant women suffering from depression and war veterans battling post-traumatic stress disorder. One woman, who had dealt with chronic pain for years but who had essentially given up on finding a way to get relief, decided to try MBSR instead. After eight weeks, she decided it had been effective enough to include it as part of her regular routine. One article about her experiences with MBSR included the following quote: “I use it all the time, and it helps me with my pain.”

Severe chronic pain is not something most people want to endure, and to avoid it, the usual approach has been to turn to opioids, especially the ones that can be prescribed by a physician for pain relief. According to the National Institute on Drug Abuse (NIDA), which is part of the National Institutes of Health (NIH), that strategy has resulted in massive drug abuse on a worldwide basis. In 2014, the NIDA estimated that worldwide opioid abuse was affecting between 26.4 million and 36 million people. Of that number, 2.1 million people in the U.S. had substance use disorders in 2012 that had been caused by prescription opioid pain relievers. An additional 467,000 had become addicted to heroin. Opioid addiction, in turn, has caused a sharp rise in unintentional overdose deaths from prescription pain relievers. The NIDA has stated that the number of such deaths has more than quadrupled since 1999.

When you compare the potential for opioid abuse with the idea of a drug-free solution for chronic pain or other problems — a solution that is as simple as spending a few minutes a day being quietly mindful — the advantages are obvious. However, it has taken a long time for the scientific community to take such an approach seriously, and even longer for the development of randomized controlled trials (RCTs) where results could be measured on a scientific basis as opposed to just anecdotal evidence. RCTs cost money, after all, and they also take time to carry out. But as the first RCTs have emerged, the results are proving to be interesting enough to make scientists pay respectful attention.