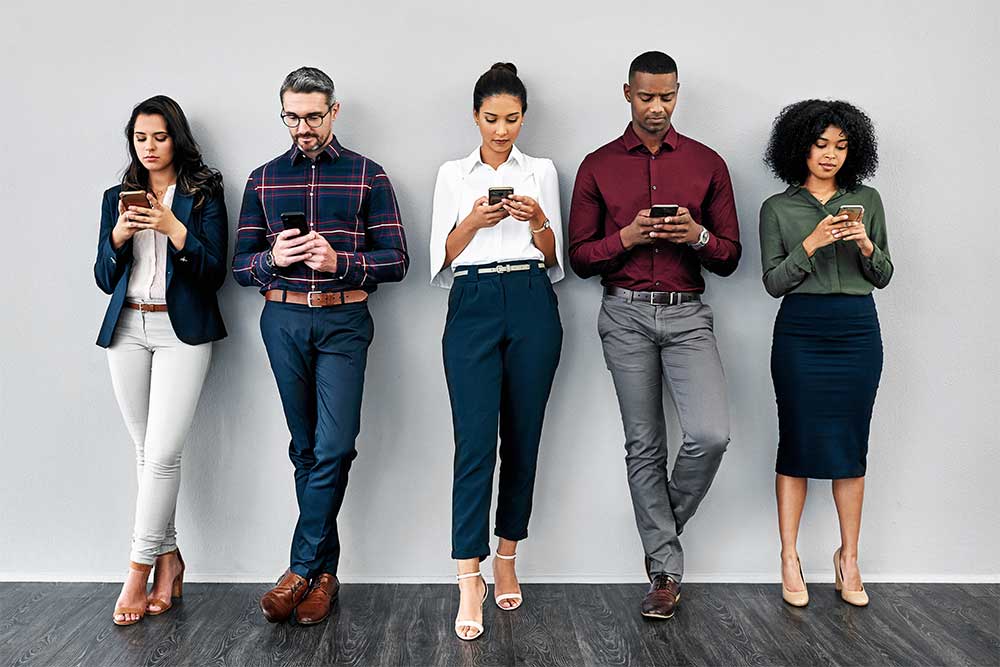 Spending too much time might not rise to the level of an addiction, but it still isn’t good for you.

People are inherently social by nature. The most basic human relationship — the kind you have with infants — involves simple touch. Take that skin-to-skin stimulus away long enough, and you have the reason why infant mortality rates in some orphanages used to run as high as 30 to 40 percent, and even those babies who survived sometimes became afraid of contact and failed to connect and bond with others. Being held and snuggled as a baby, therefore, is not just something that is highly enjoyable for the baby and the person doing the holding and snuggling, it is also an essential part of learning how to form relationships with others.

Getting older does not change this need; it just changes how most of us express it. So, even those prickly teens in your house can also benefit and even want more physical touch. The Salt Lake Tribune also ran a fascinating article on August 12, 2015 by Amy McDonald about nonsexual cuddling in Utah and the popularity of cuddle parties — a place where people can go to fill their need for being touched.

Sometimes, that need for human contact is also expressed through social media. According to Matthew Lieberman — a Harvard graduate who is now a lead researcher on the subject and a professor of psychology, psychiatry, and bio-behavioral studies at UCLA — the brain network that is used when checking social media is the same one used when we are taking a break. When we are not working, in other words, our brains’ wiring leads us to seek out other people.

Just looking at pictures of other people causes a great deal of activity in the dorsomedial prefrontal cortex. Activity in this part of the brain increases your ability to accurately perceive others and quickly decide which emotions they might be feeling.

Exactly how much faster are you under these circumstances? It turns out that the answer is ten percent, and having that ten-percent speed advantage is an advantage for anyone who is trying to prepare for, and control, social life. As Matthew Lieberman puts it, our brains are always trying to reset themselves to think about other minds. Looking at social media, apparently, actually helps with that process.

What about the very real fear many people (especially parents) have about social media addictions?

Experts say it’s not that simple. If someone spends a lot of time on social media, that certainly can be categorized as social-media overuse, but throwing in the “addiction” term is more a way to escalate the argument than an accurate representation of what is happening.

Addiction has a technical definition and a very specific diagnosis for a specific problem. According to Mark Fabbri of South University, addiction has a lot to do with compulsion. Someone feels a compulsion to consume something or to act in a particular way to the point where it significantly interferes with the ability just to live. The Merriam-Webster dictionary makes this definition a little clearer: the more a person engages in addictive behavior, the less reward is associated with it, and when the person stops the addictive behavior, the person goes through the physiological symptoms of withdrawal. And that withdrawal is a traumatic experience.

Mark Fabbri has a list of behaviors that are widely considered to be addictive: substance abuse, for example, as well as sex, gambling, and time on the internet. (It’s well to remember that some of these addictions haven’t been accepted as addictions for very long, and there may well come a time when the definitions of what constitutes an addiction are narrowed again.)

The problem with automatically labeling too much time on social media or the Internet as an addiction is that if we apply the word with too generous a hand it becomes meaningless. Not every person who engages in addictive behavior is an addict. Is spending too much time doing anything a problem? The answer, clearly, is yes. But the amount of time spent per day on something is not by itself indicative of addiction.

The time to become worried about addiction instead of overuse is probably when an individual is not able to function adequately. A woman who spends so much time on, say, Facebook that she loses her job really might have an addiction. If she is able to balance her involvement with Facebook along with other aspects of her life, however, then she might be spending too much time seeing what her friends and frenemies are up to, but she is probably not addicted.

As Adam Singer observed in a 2010 blog article that is still fully relevant today, spending too much time on the internet is not a cause; it’s a symptom. To fix the problem, the best idea is to diagnose the cause before you start talking about how to solve whatever the real problem actually is.

Nobody predicted the development of the Internet and the explosion of social media in our lives. Certainly nobody realized just how curious all of us are about the people around us. Social media is young enough that we really don’t know that much about how it affects us, although those studies will probably become a reality in the years to come.

What is already clear is that this generation is experiencing a huge shift in the way members communicate. Realistically speaking, people who are digital natives have always had electronic devices around and are more likely to communicate by text message than by phone call or personal, face-to-face interaction. What that means, in turn, is that the definition of normal behavior has changed, and it is unfair for someone who has barely gotten accustomed to the idea of texting to really understand the role texting plays in the life of children and grandchildren.

What does the shift in communication mean in terms of actual numbers? According to an article written by Shea Bennett on December 30, 2014:

What can we do while experts figure out what the consequences of using social media actually are for all of us?

You aren’t a baby anymore. But you, like everyone else, still need the benefits of human touch. What’s more, your family needs it, too. That is not something you are going to get at the computer keyboard; so push away sometimes, encourage your children to go with you, and find something you love to do that’s more appropriate. Holding hands and exchanging hugs are a good start.

Read More »
PrevPreviousPhysically Active Children
NextWhat Is BMI and Why Does It Matter?Next