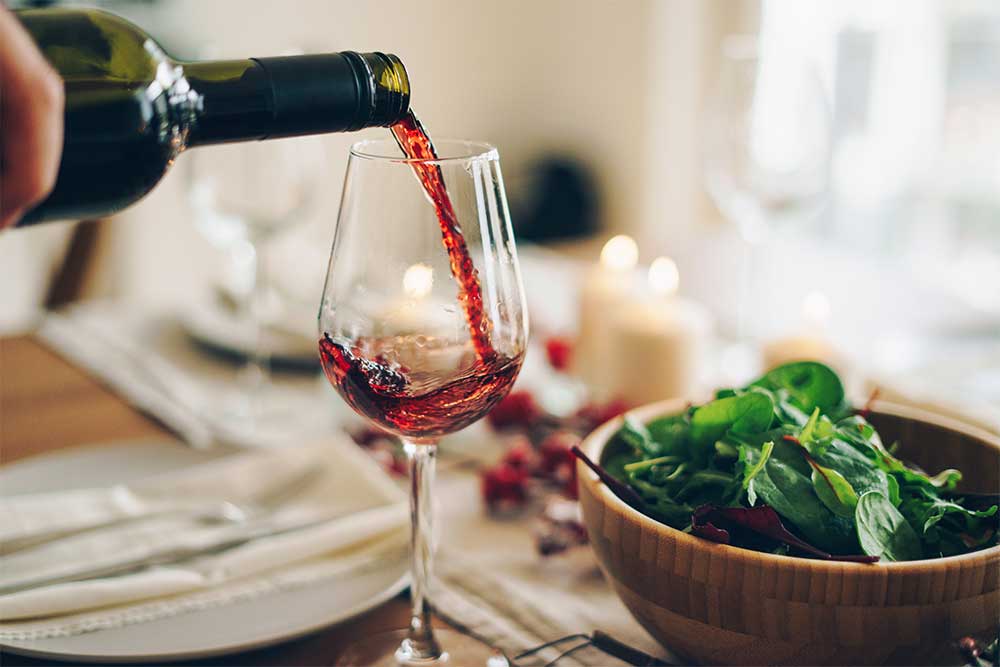 The person who will probably benefit the most from a drink is someone who is older or who has existing risk factors that could lead to heart disease. For someone who is younger or middle aged, even moderate drinking is probably doing more harm than good.

Alcohol has been around for a long time, and so has the discussion about whether it is good or bad for you. There’s no question that drinking too much is bad for your health; there’s also no question that if you don’t drink right now, then you should keep it that way. Any health benefits you get are offset by the risks, and there are safer ways to get those benefits, such as eating a healthy diet and getting regular, moderate exercise. But what about the people who like an occasional drink even if they don’t drink a lot?

It turns out that moderate drinking is probably fine, but you have to look at cases more specifically than just finding out whether someone’s drinking is moderate. Some have certainly argued that moderate drinking may reduce your risk of developing specific health problems. The key word in that last sentence, though, is “may.” Nobody is certain about those benefits, and there are cases where there might not be any at all.

What do scientists think are the main health benefits you might get from an occasional drink or two?

Scientists have conducted more than 100 studies showing an inverse relationship between moderate drinking and a series of heart problems, some of which cause people to die.

This makes sense scientifically and biologically. Moderate drinking increases the amount of high-density lipoprotein (HDL) in the blood. This is the good kind of cholesterol that is supposed to protect you from heart disease. Also, research has shown a connection between alcohol and improvements in insulin sensitivity and prevention of blood clotting. If someone is not forming blood clots within the circulatory system, that’s a good thing. Blood clots have been known to block arteries all over the body including the brain, the heart, and the neck. Blood clots cause the most common kind of stroke and are often a prelude to heart attacks as well.

Other health benefits are possible as well, such as a reduced chance of developing dementia, gallstones, or diabetes.

The person who will probably benefit the most from a drink is someone who is older or who has existing risk factors that could lead to heart disease. For someone who is younger or middle aged, even moderate drinking is probably doing more harm than good.

What does it mean to drink moderately? The answer depends on your age and gender. It also might have to do with your social status; moderate drinkers are usually wealthier, and they often take good care of their health. Be that as it may, moderate drinking means the following:

Keep in mind that for many people who drink alcohol, they don’t drink every day. It’s less frequent than that.

The other important thing to define is the size of the drink. You might have seen the internet video where someone pours an entire bottle of alcohol into something called a Big Swig wine glass. That is a lot more than one drink, which is defined by the type of alcohol as well as the amount:

The problem, of course, is that most people who drink don’t manage to keep their consumption within the range of being moderate. The National Institute on Alcohol Abuse and Alcoholism has released the following statistics:

Alcohol makes it hard to sleep, interferes with good judgment, is addictive, and interacts in dangerous ways with all kinds of medications:

Which cancers are linked to alcohol use?

Unfortunately, these health problems are made worse by those who smoke as well as drink.

If you enjoy alcohol already and want to continue to drink, you should talk to a physician who can help you evaluate your specific situation; if the physician thinks there’s no harm, keep your alcohol intake moderate. Those who get approval to drink will probably be thin, physically active, nonsmokers who eat right and don’t have any family history of heart disease or alcoholism.